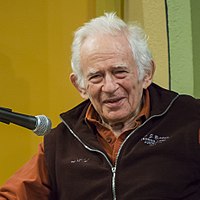 Norman Kingsley Mailer (January 31, 1923 – November 10, 2007) was an American writer and journalist. He was born in Long Branch, New Jersey and raised in Brooklyn, New York City.

Along with Truman Capote, Joan Didion, and Tom Wolfe, Mailer writes creative nonfiction, sometimes called New Journalism, but which covers the essay to the nonfiction novel. He was awarded the Pulitzer Prize twice and the National Book Award once on his journalism career. In 1955, Mailer, along with Ed Fancher and Dan Wolf, first published The Village Voice, which was shown to the Greenwich Village. In 2005, he won the Medal for Distinguished Contribution to American Letters from The National Book Foundation.