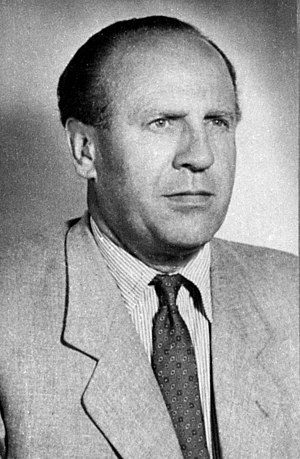 Oskar Schindler (April 28 1908 – October 9 1974) was a Sudeten German industrialist. He was born in Zwittau, Moravia, Austria-Hungary and was a Roman Catholic.

Schindler was a member of the NSDAP. He saved almost 1,200 Jews during the Holocaust by making them work his enamelware and ammunitions factories, which were in what is known today as Poland and the Czech Republic.[1] He is the subject of the novel Schindler's Ark, and the film based on it, Schindler's List. He died of liver failure in Hildesheim, Germany. He is buried in the Catholic Cemetery on Mount Zion, Jerusalem.[2]