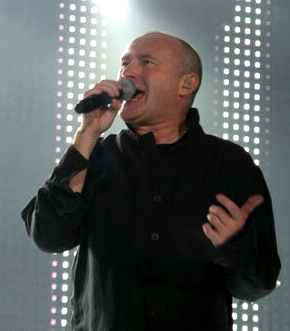 Philip David Charles "Phil" Collins (born 30 January 1951)[1] is a British drummer, songwriter, actor and singer. He was born in Chiswick, Hounslow,[2] Middlesex. He was the drummer and singer of the band Genesis. He is very well known for his career away from the band, as a solo artist. His most well known album is No Jacket Required, which has sold over ten million copies in the United States. One of his most well known songs is "In the Air Tonight", which had a long running false rumour that it was about a drowning that Collins had witnessed. Collins starred in the movie Buster (1988). His daughter Lily Collins is a famous actress.