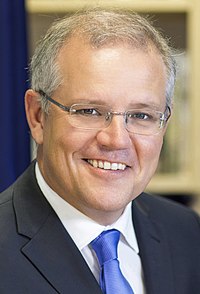 The current prime minister of Australia, since August 2018, is Scott Morrison.

As of September 2021, there are six living former Australian Prime Ministers.[1]