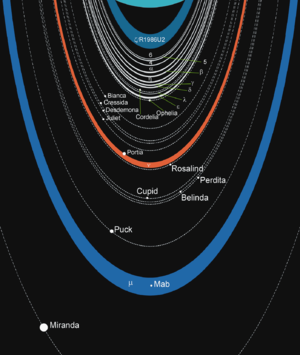 Scientists think that the rings are at not more than 600 million years old. The ring system was created when several moons crashed together. After crashing, the moons broke up into many pieces and made rings.People may discover more rings.

Help Improve This Page: Please contact us to become an approved KidzSearch editor and provide your credentials. You can also give immediate feedback in our of Uranus Wiki Feedback Forum.