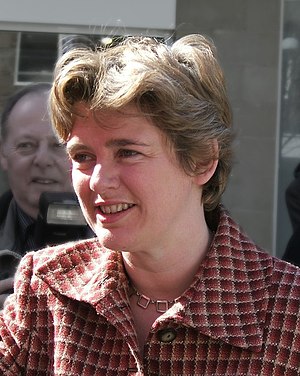 Ruth Maria Kelly (born May 9, 1968) is now an economist working for the HSBC Bank. She was a British politician and had been a Cabinet Minister.

She is a member of the Labour Party.