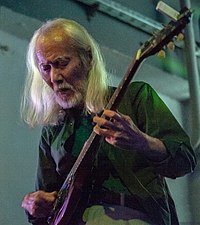 Kawasaki was best known as one of the first musicians to create the fusion genre and for helping to develop the guitar synthesizer. His album Ryo Kawasaki and the Golden Dragon Live was one of the first all digital recordings and he created the Kawasaki Synthesizer for the Commodore 64.

During the 1960s, he played with many Japanese jazz groups and also formed his own bands. In the early 1970s, he moved to New York City, where he worked with Gil Evans, Elvin Jones, Chico Hamilton, Ted Curson and Joanne Brackeen.

He also produced several techno dance singles, formed his own record company called Satellites Records, and later returned to jazz-fusion in 1991. His later career was set in Estonia.