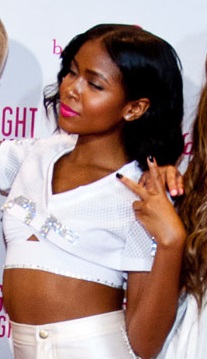 Simone Sherise Battle (June 17, 1989 – September 5, 2014) was an American actress and singer. She was a finalist on The X Factor in 2011. She was best known for being a member of the pop girl group G.R.L. from 2013 until her death. She worked with Robin Antin and The Pussycat Dolls. She also acted in the television series Everybody Hates Chris and Zoey 101. She also appeared in the movie We the Party (2012).

Battle was born in Los Angeles, California. She was an actress before becoming a singer.