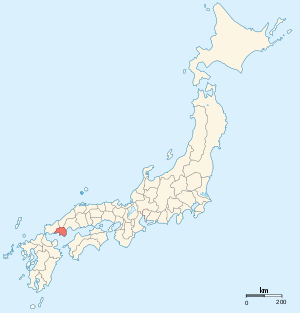 Suō Province (周防国, Suō no kuni?) was an old province of Japan in the area of Yamaguchi Prefecture on the island of Honshū.[1] It was sometimes called Bōshū (防州?).

The province had borders with Aki, Iwami, and Nagato Provinces.

The ancient capital city of the province was Hōfu. 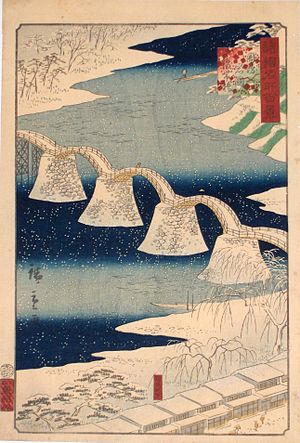 In the Meiji period, the provinces of Japan were converted into prefectures. The maps of Japan and Suō Province were reformed in the 1870s.[2]

Tamanoya jinja was the chief Shinto shrine (ichinomiya) of Suō. [3]