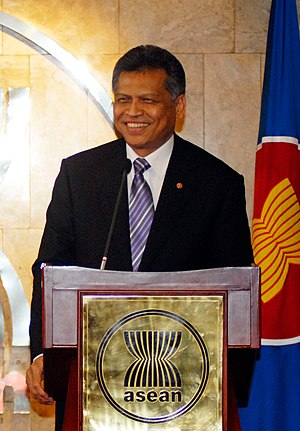 Surin Pitsuwan (Thai: สุรินทร์ พิศสุวรรณ; Malay: Surin Abdul Halim bin Ismail Pitsuwan; 28 October 1949 – 30 November 2017) was a Thai politician and diplomat. He served as the 12th Secretary General of the Association of Southeast Asian Nations from 2008 to 2012. He was also the Minister of Foreign Affairs for Thailand from 1997 to 2001.

Pitsuwan was born in Nakhon Si Thammarat. He was a Thai Malay. He studied at Thammasat University.