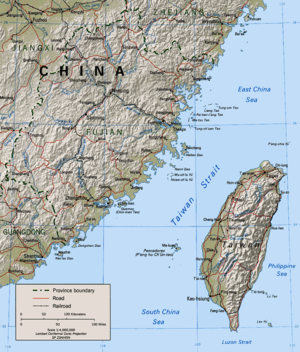 The Strait has been the theatre for several military confrontations between the People's Republic of China and the Republic of China since the last days of the Chinese Civil War in 1949 when the Kuomintang forces led by Chiang Kai-shek retreated across the Strait and relocated its government on its final stronghold of Taiwan.