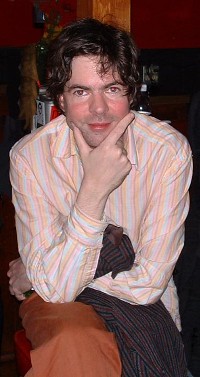 Jon Brion (born December 11, 1963) is an American rock and pop multi-instrumentalist, singer, songwriter, composer and record producer. Jon Brion was born in Glen Ridge, New Jersey. His mother was a jazz singer, his father a band director at Yale, and his brother is a composer/arranger and sister a violinist.

In the early 1980s, Brion and Bill Murphy began writing together in New Haven, Connecticut. They recorded some demo tracks in makeshift apartment studios, and worked out their arrangements in basement practice rooms on the Yale University Campus. In time, the two of them enlisted the talents of bassist Don "Riff" Fertman to form The Bats (not the same as the New Zealand band of the same name). In the spring of 1982, the trio created a imaginative set of pop songs in a small studio in Connecticut. A single called "Popgun" followed by an LP entitled How Pop Can You Get? were released on the independent label Gustav. The album failed to chart, and the group disbanded a year or so later.

Help Improve This Page: Please contact us to become an approved KidzSearch editor and provide your credentials. You can also give immediate feedback in our Brion Wiki Feedback Forum.[[Category:Singers from New Jerse