The Courtship of Miles Standish 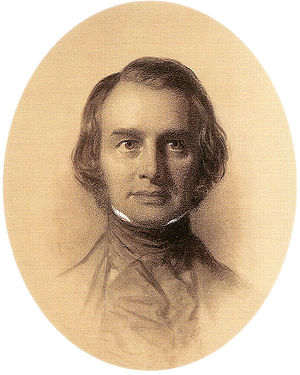 The Courtship of Miles Standish is a long poem by Henry Wadsworth Longfellow. It was published in October 1858. It sold 25,000 copies in two months.

It is unknown whether the story was taken from real-life, or if it was an American folk tale. One critic liked some aspects of the poem. He complained about other aspects though. Longfellow wrote the poem in an unfamiliar meter, Greek hexameter, and used medieval words.