The Fairly OddParents was an animated television series created by Butch Hartman in 2001 for the Nickelodeon cable television network. It is about a ten-year-old boy named Timmy Turner who has fairy godparents, named Cosmo and Wanda, and a fairy godbrother named Poof. The fairies have the power to grant wishes to Timmy, while still following "Da Rules", the fairy rule book.

The Fairly OddParents was the fourth longest-running Nicktoon series. In 2017, it ended with the half-hour episode "Hare Raiser / The Kale Patch Caper". The series was originally set to continue, but ended with the tenth season. The show was cancelled by Nickelodeon in 2018. 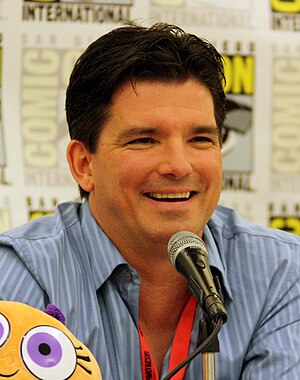