The Tour de Pologne (English: Tour of Poland) is a road bicycle racing stage race. It consists of seven or eight stages, and was first held in 1928. Until 1952, the race was not held every year, but since then there has been a Tour annually (every year). When Eastern Europe was communist-controlled there were no professional cyclists, so until the early 1990s, the race was for amateurs only, and the winners mostly came from Poland. 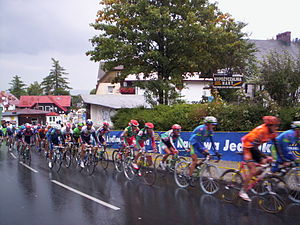 Although the Tour de Pologne had not reached a high status, and was little known, the International Cycling Union (UCI) decided to make it a part of the UCI ProTour from 2005, which means that the major cycling teams compete in the race.