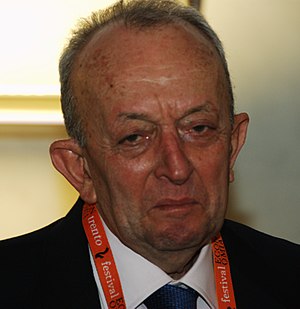 Tullio De Mauro (31 March 1932 – 5 January 2017) was an Italian linguist and politician. He was the Italian Minister of Education from 2000 to 2001, under Prime Minister Giuliano Amato. He was also a professor of general linguistics at the Faculty of Humanities of the University of Rome. He was born in Torre Annunziata, Campania.