The Gutenberg Bible: exquisite at the level of page design, but the legibility of its type is poor. The influence of manuscripts is clear. 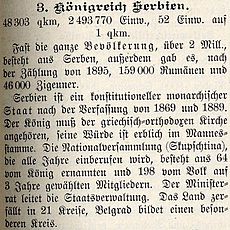 Traditional German typeface in a 1902 book. The pluses are its distinct national character and its historic origins; its minus is its poor legibility 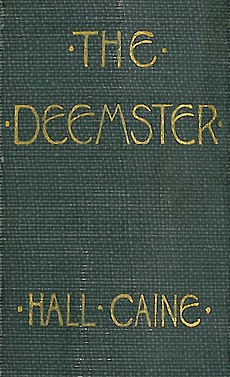 One of many 20th century designs influenced by modernism and function: Eric Gill's Gill Sans typeface, 1928. Its main plus: legibility

Typography is the practical art of arranging how the printed word appears on the page.[1] Typography was born when print was born.[2][3] Early types were based on the letterforms of scribes, and the letters cut into Trajan's Column ("monumental inscriptions").[4] Later, gradually, type designs were based on the special needs of books, pamphlets, newspapers and advertisements.[5]

Typography includes not only letters, but all the set of symbols in a font, and it includes the overall design of a page or document.[6] It applies to any medium which may be read; therefore it includes text on computer screens. A typographer may design type, select fonts[7], and design the layout of pages and books. The term does not cover the act of printing itself, though many of the early printers were themselves typographers.[3]

Typography in the 20th century was greatly influenced by three things:

A traditional aim of the typographer would be to produce a page which is, above all, legible and attractive to read, without its being obtrusive. For display typography, such as advertising, the display must be noticed before it is read. This had led to the development of many display typefaces which are highly visible, and which are available in large sizes.[14][15]