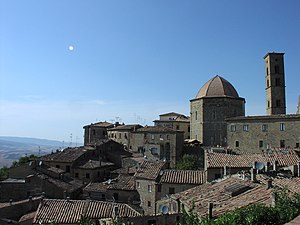 A view of Volterra.

Volterra is a city in the Tuscany region of Italy. The city is in the province of Pisa.

The city was a Neolithic settlement and an important Etruscan center. It became a "municipium" (a type of Roman city) in the Roman Age. Volterra was attacked and controlled by Florence many times. When the Florentian Republic fell in 1530, Volterra came under the control of the Medici family. It later became part of the Grand Duchy of Tuscany. 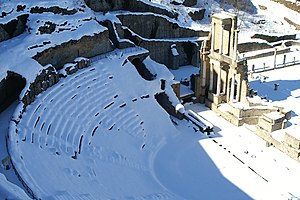 The Medici Villa di Spedaletto is located outside the city in direction of Lajatico. Also near the city, in the Valle Bona area, are excavations of Etruscan tombs.