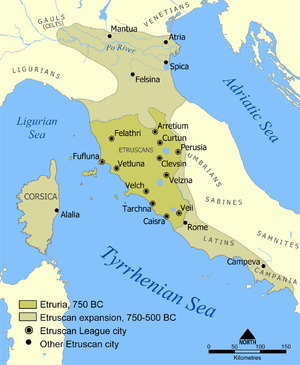 The Etruscans mined metals like copper and iron. They became rich and powerful and travelled around the Mediterranean Sea. The Etruscan Civilisation began to lose power in the 5th century BC. The Romans began conquering parts of Etruscan land. By the beginning of the 1st century BC, the Etruscans were entirely defeated.