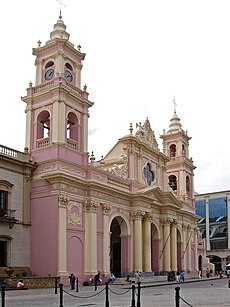 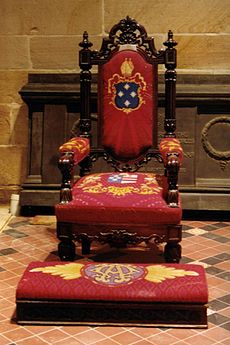 A cathedral is a Christian church that is the seat of a Bishop. As cathedrals are the seat of a bishop, they are central church of a diocese. Only those Christian denominations that have bishops have cathedrals. Cathedrals can be found in the Roman Catholic, Eastern Orthodox, Oriental Orthodox, Anglican as well as some Lutheran churches.

In the Greek Orthodox Church, the terms "kathedrikos naos" (literally: "cathedral shrine") and "metropolis" (literally "mother city") are both used to describe the same thing. "Metropolis" is more common, but both terms are officially used.

There are variations on the use of the term "cathedral"; for example, some pre-Reformation cathedrals in Scotland now within the Church of Scotland still retain the term cathedral, despite the Church's Presbyterian polity which does not have bishops. As cathedrals are often particularly impressive buildings, the term is often used incorrectly to refer to any large important church. Some diocese, however, have other churches that are bigger than the cathedral.

Several cathedrals in Europe, such as Strasbourg, and in England at York, Lincoln and Southwell, are referred to as Minster (German: Münster) churches, from Latin monasterium, because the establishments were served by canons living in community or may have been an abbey, prior to the Reformation. The other kind of great church in Western Europe is the abbey.

The word cathedral, though now grammatically used as a noun, is originally the adjective in the phrase "cathedral church", from the Latin "ecclesia cathedralis". The seat marks the place set aside in the prominent church of the diocese for the head of that diocese and is therefore a major symbol of authority.[1]

Many cathedrals are very old.

Cathedrals which are not the seat of a bishop

Some churches are called cathedral, but they are not the seat of a bishop. This may be because the way the church is organised changed over time. This is the case for Our Lady of Sorrows Church, Poprad, in Slovakia, for example. In Slovak language, this church is called cathedral. It is part of the Roman Catholic Diocese of Spiš. This diocese was re-organised several times. Currently, the cathedral of the diocese is St. Martin's Cathedral (Spišská Kapitula). Churches that formerly were a diocesan seat may be called concathedral, co-cathedral, or pro-cathedral.