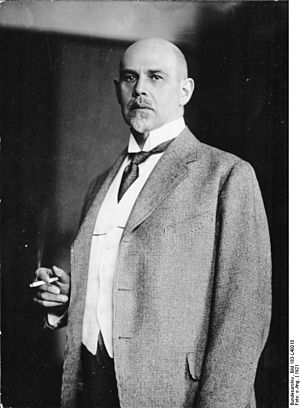 Rathenau was of Jewish descent. He was a member of the social liberal German Democratic Party (Deutsche Demokratische Partei, shortened DDP).

From February 1, 1922, until his death the same year, he was Minister of Foreign Affairs.

He was a victim of a political assassination. He was murdered by an ultranationalist and antisemitic organization called Organisation Consul. He died at the age of 54.