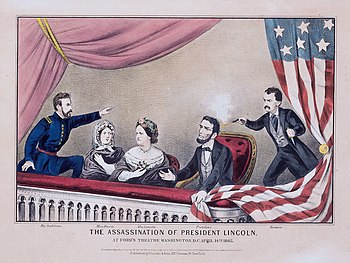 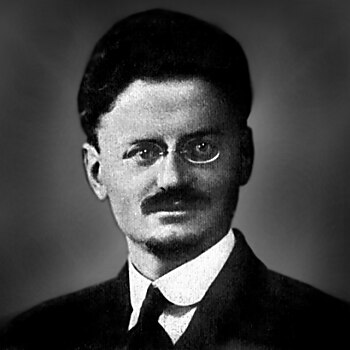 Soviet socialist revolutionary and political theoretician Leon Trotsky was stabbed to death with a ice axe by one of Josef Stalin’s spies, the Spaniard Ramón Mercarder in Coyoacán, Mexico City, 1940.

Assassination is the murder of an important or popular person. Usually the person is a political leader, like the head of a country or a political party. Assassinations are usually done for political reasons or for payment.[1] A person who assassinates someone is called an assassin.

In ancient to medieval times

Assassinations have happened ever since people started living in group societies.[2] 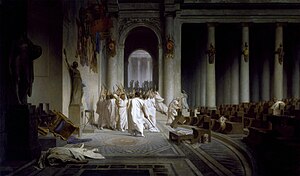 The Old Testament of the Bible talks about assassinations in the Books of Judith, Kings, Samuel, and Chronicles.[3]

An ancient Indian writer named Chanakya, who lived from about 350 – 283 BC, wrote a lot about assassinations in a book called Arthashastra. One of his students later assassinated some of his enemies, including two of Alexander the Great's generals.[4]

Famous victims of assassinations include Philip II of Macedon (336 BC), Alexander the Great's father, and Julius Caesar (44 BC). Emperors of the Roman Empire were often assassinated so that a different leader could take their place.[5]

In the Middle Ages, many kings in the Eastern Roman Empire were killed by assassinations so that new kings could take power.[6]

During the Renaissance, assassinations became more common in Western Europe. Kings William the Silent of the Netherlands (1584),[7] Henry III of France (1589),[8] and Henry IV of France (1610)[9] were all assassinated. 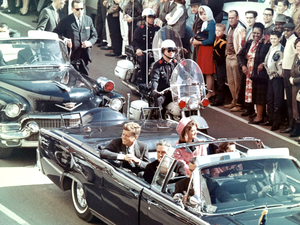 Photo of U.S. President John F. Kennedy just before he was assassinated

Archduke Franz Ferdinand of Austria was assassinated in 1914. Some historians say this assassination started World War I.[12]

In the 1930s and 1940s, Josef Stalin's NKVD assassinated many people outside of the Soviet Union, including Leon Trotsky. These were mostly people who Stalin thought were against him or could take power from him. He wanted to make sure to keep the power he had, so he killed many of his opponents.[13] 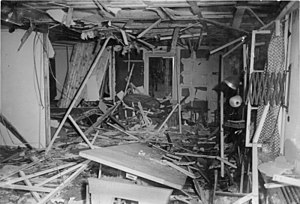 Between 1934 and 1944, different individuals and groups tried 27 different times to assassinate Adolf Hitler, the leader of Nazi Germany during The Holocaust and World War II. These people wanted to stop Hitler from taking over so many countries and killing so many people. However, he always survived.[14]

Between 1960 and 1965, the United States Central Intelligence Agency (CIA) tried at least eight times to assassinate Cuban leader Fidel Castro.[19]p. 71 Around this time, the CIA also made plans to assassinate Patrice Lumumba, the only democratically elected leader of the Democratic Republic of the Congo.[19]pp. 19–24 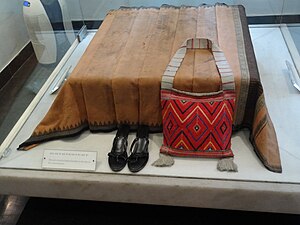 In 1979, the Iranian Revolution turned Iran into an Islamic Republic. A group called Iran Human Rights Documentation Center says that between 1979 and the 1990s, leaders of the Iranian government had 162 people assassinated, in 19 different countries.[20] The group says Iran stopped the assassinations because a German court put out an arrest warrant for the head of Iranian military intelligence.[21]

Anwar Sadat, the President of Egypt, was assassinated in 1981 at a parade.[22] He was killed by people who wanted to take over the country and make it into an Islamic Republic.[23]

In 1983, Benigno Aquino, Jr. was assassinated. Aquino was against Ferdinand Marcos, the dictator who ruled the Philippines. The people of the Philippines were so upset that they started the non-violent People Power Revolution. This led to the end of Marcos's government. Aquino's widow, Corazon Aquino, became President of the Philippines.[24]

Israeli Prime Minister Yitzhak Rabin was assassinated in 1995. The Israelis and Palestinians were working on a peace agreement. Rabin was killed by an Orthodox Jew who did not agree with the peace treaty.[27] Many historians think Rabin's murder is one of the main reasons the peace talks fell apart.[2]

In Pakistan, Benazir Bhutto was assassinated in 2007. Bhutto had been the first woman ever elected to lead a Muslim country.[28] An Al-Qaeda leader said that Al-Qaeda assassins had killed Bhutto. He said they did this because Bhutto was trying to get rid of violent Jihadist militia groups in Pakistan. He said this made her important to the United States, so Al-Qaeda killed her.[29]

One research study looked at assassinations of national leaders (leaders of countries, like presidents or prime ministers). The study showed that:[12]

This study also looked at who was most likely to be assassinated. Of those 954 people who were assassinated:[2]