West Frisian uses the Latin alphabet. A,E,O and U can sometimes have unique accents added to them.

In Western Frisian, there are two types of genders that nouns can have. One is the common gender (where both the male and female genders are put together). The other type is a neutral gender noun.

Like many other languages, West Frisian has singular and plural nouns. The two main suffixes used in the language, are "-(e)n" and "-s." 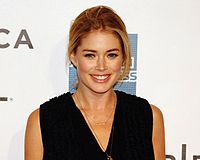 After a series of riots by pro-Frisian activists, West Frisian became an official language in the Netherlands in 1956.

West Frisian is often considered as the closest language to modern English :

This day is good overall. The sun is warm and the light from the sun-shining feels good with the mild wind. Yesterday also was good, but this day is better. The sunrise and the sunset is beautiful with the blue sky. But this day is like the springtime and not the summertime. I find this day the best of the week. The rain is coming for the weekend for Saturday and Sunday morning, but it will not be cold and will go over us by the midday. The stars will also be visible in the night and so will the moon.