KidzSearch Safe Wikipedia for Kids.
(Redirected from Black Eyed Peas)
Jump to: navigation, search
This page is about the American hip hop group. For the bean, see Black-eyed pea.

The Black Eyed Peas are an American hip hop group from Los Angeles, California. Over the years their music has included R&B and dance music. The group has three members: Will.i.am, Apl.de.ap, Taboo.

Members of this group and its history

Before they became popular, the group's members were will.i.am, apl.de.ap, Taboo and backing vocalist Kim Hill. She left the group in 2000 and was replaced in 2003 by Fergie. They first became popular with the single "Where Is the Love" and the album Elephunk and their next album, Monkey Business was also successful. They have more recently released The E.N.D., an album that has had the successful singles "Boom Boom Pow", "I Gotta Feeling" and "Meet Me Halfway". 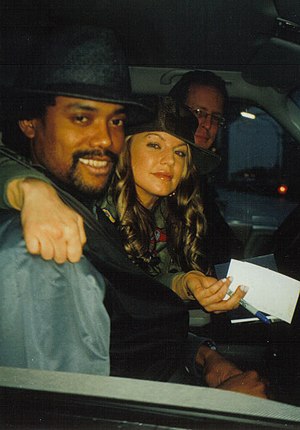