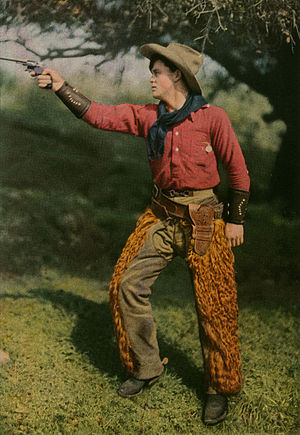 Cowboy is a broad term for men who work on ranches. The word "cowboy" was used in England in the early 19th century but its use in the late 19th century in North America comes from the Spanish word vaquero. They sometimes participate in rodeos. Movies about cowboys are often called western movies. Movies often show them as fighting rather than working. Cowboys can be recognized by their big brown hats and lassos. Men who do similar work in Australia are called "stockmen".