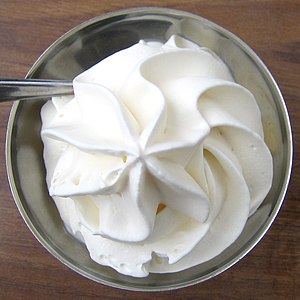 Cream (also called milkfat, milk fat, butterfat, and butter fat) is the fatty part of regular milk. Skimmed milk (or skim milk) is milk sold with some or nearly all of the fat removed. Cream is usually used in coffee to make it lighter in taste. Cream can also be used to make some sauces such as the Americanized Alfredo sauce.

Dairy products made from cream