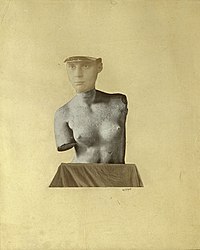 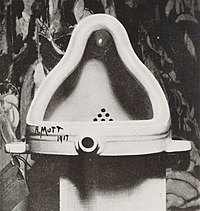 Dadaism is an artistic movement in modern art that started around World War I. Its purpose was to ridicule (poke fun at) the supposed meaninglessness of the modern world. Its peak was 1916 to 1922, and it influenced surrealism, pop art, and punk rock. It favored going against normal social actions. Followers of Dadaism included Antonin Artaud, Max Ernst, and Salvador Dali. A later version, called Neo-Dada, arose in the 1960s.