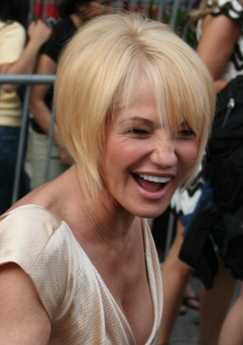 Ellen Barkin (April 16, 1954) is an American actress.[1] She is a versatile actress who has been in many movies and television series. Barkin has played many lead roles as well as been a supporting actor.[2] She also performs on the Broadway stage. She was born in the Bronx, New York City.[3]