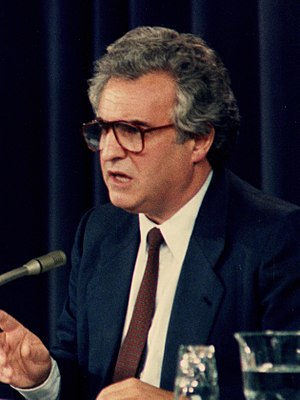 Enrique Múgica Herzog (1932 — 10 April 2020) was a Spanish lawyer and politician. He was born in San Sebastián, Guipúzcoa, Spain. A critic of Francisco Franco, he spent three years in prison. He was one of the founders of the Spanish Socialist Party (PSOE).