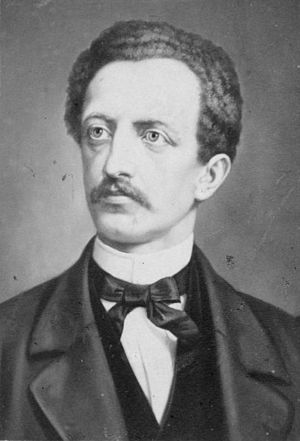 Lassalle was born in Breslau. His father sent him to a business school in Leipzig. Lassalle changed to the University of Breslau. He later studied in Berlin. He studied Philosophy, Philology (Latin and Ancient Greek) and Law.

Lassalle took part in the revolutions of 1848-49. He was put into prison and later banned from Berlin. He lived in Düsseldorf that time. In 1859, Lassalle returned to Berlin.

Lassalle was a liberal politician in the early 1860s. The liberals had some struggles with Otto von Bismarck. Lassalle thought about the living conditions of the working class. He found that the idea of self-help would not help the working class people. This led him to become a member of the Communist league. There he was in opposition to Karl Marx and Friedrich Engels.

Lassalle was killed in a duel.