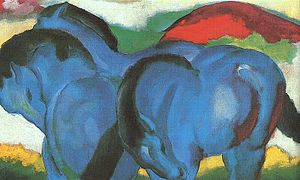 Franz Marc, The Small Blue horses, 1911. One of several of Marc's paintings of blue horses 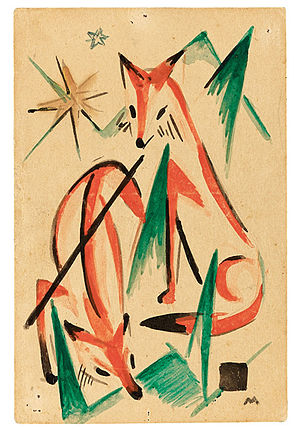 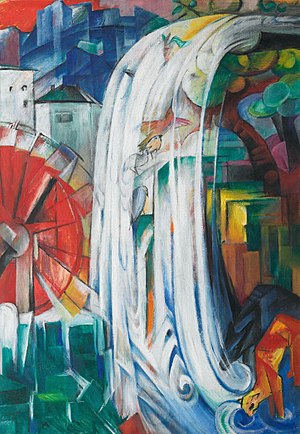 Franz Marc (8 February, 1880 – 4 March, 1916) was a German painter and printmaker, one of the key figures of the German Expressionist movement. He was a founding member of Der Blaue Reiter (The Blue Rider), a journal whose name later became synonymous with the circle of artists collaborating in it.