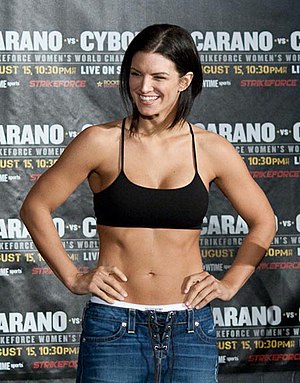 Gina Carano (born April 16, 1982)[1] is an American actress, television personality and mixed martial artist. She played Riley Hicks in Fast & Furious 6. She also played Mallory in the movie Haywire. She also played Cara Dune in The Mandalorian, before being fired for posts that were supposedly Anti-semitic. She was then hired at The Daily Wire.[2]