Hercules and the Circle of Fire

Hercules and the Circle of Fire is a made for television movie. It was the third of five pre-series movies, so it may be considered part of the TV series Hercules: The Legendary Journeys. When all the earth's fire begins to go out, Hercules and Deianeira must go in search for fire to stop the world from cold.

Hercules is walking through a snowy mountain top where he finds a woman in the cold, and goes to help her. He sees Zeus in a cave and a rock closes over the entrance. Hercules turns around and the woman calls out to him and freezes and explodes. Hercules wakes from a dream. He turns over and goes back to sleep. As he sleeps his camp-fire goes out. Next day Hercules and young man are walking through a cave with dead bodies strewn all over. The man tells Hercules that they are all men from his village and that the witch who guards the Fountain of Youth killed them for their youth and strength.

Later Hercules arrives at Chiron's house. Hercules gives him the water and he drinks it. The wound heals, but after a few seconds the wound worsens. Hercules tells him he will find a cure for his wound. Meanwhile, all over the village fires are being inexplicably extinguished. Hercules and Chiron are talking by the fire side and the fire goes out. Hercules realizes that something is amiss.

Zeus replies that he does, but he loves Hercules more. Hercules tells Zeus he loves him too. Zeus accepts what Hercules must do, and lets him go. Hercules goes through the fire and retrieves the Torch. He throws it and it lands in Prometheus's home, waking him. Fire begins to return. As Hercules lays dying in the circle, Zeus begs Hera not to harm Hercules or he will haunt her for eternity. Hercules takes the torch to Chiron's house and asks him to step inside a circle of straw. Chiron stands in the centre of the circle and Hercules lights the straw with the torch. Chiron drops to his knees and cries out. As the flames die out Chiron exclaims that his wound is healed. The flames had burned away his immortality and healed the wound. 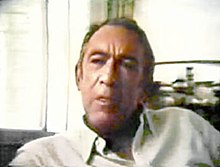