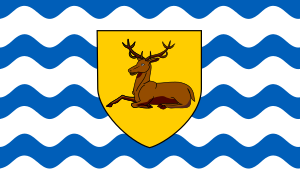 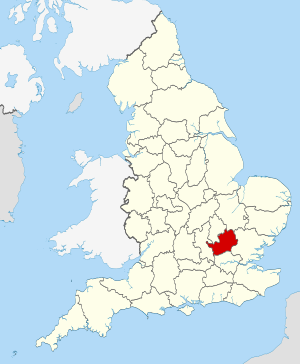 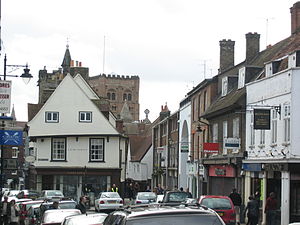 Hertfordshire is a county in England. It is one of the so-called Home Counties, those counties that border or surround Greater London. The county is also surrounded by Essex, Cambridgeshire, Buckinghamshire and Bedfordshire. The county town is Hertford; the oldest city is St Albans.

The University of Hertfordshire, formerly the Hatfield Polytechnic, is a modern university. It is mostly in Hatfield, and has more than 23,000 students.

Some of the most notable secondary schools are:

Hertfordshire has been home to many famous people, including George Michael and Geri Halliwell. Victoria Beckham, born in Essex, was raised near Broxbourne in Hertfordshire. The Beckhams bought a £2.5 million house in Sawbridgeworth when they married in 1999. They sold it last year to insurance entrepreneur Neil Uttley for £11.4 million.[1]

The richest person in Hertfordshire is Mike Ashley, a retailing tycoon. His fortune is estimated as £3,650 million.[1] He owns Newcastle United F.C. and has an 8.9% share in owning Glasgow Rangers F.C.