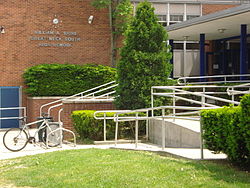 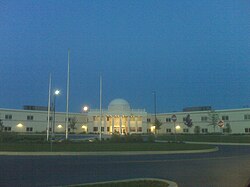 In the United States, a high school is a school that students go to usually for grades 9 through 12, from the ages of 14 to 18. It is also the last school that the law requires the student to go to. However, students with behavioral issues that are too much for the school to handle are not required to attend. This is called expulsion. Some people may choose to take some tests called GED (General Education Development) as another way to finish high school.

In most of the United Kingdom, the last school that the law requires student to go to is called a secondary school. The term 'high school' is only used in Scotland.