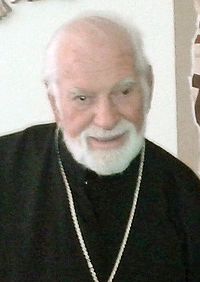 Metropolitan Iakovos of Chicago (Michael Garmatis; April 4, 1928 – June 2, 2017) was a Greek Eastern Orthodox Christianity religious official and theologian. He was born in Athens, Greece. He served as Metropolitan of Chicago under Ecumenical Patriarchate of Constantinople from 1997 until his death in 2017.

Garmatis died on June 2, 2017 at a hospital in Chicago, Illinois following surgical complications at the age of 89.[1]