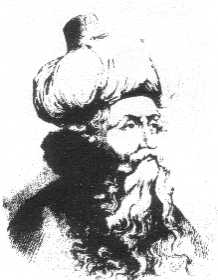 He was born in Murcia. When he was a child his family moved to Seville. Despite living in Spain, he visited North Africa a lot. In 1202 he visited Mecca, as part of his Hajj. He lived in Mecca for three years. He also visited Syria, Iraq, Turkey and Palestine. He would eventually move to Damascus. He died there in 1240.[1]

His most famous book is called The Meccan Revelations (Al-Futuhat al-Makkiyya in Arabic). It has 560 chapters. In the book, he writes about cosmology, metaphysics, religion, and Islam.[1]