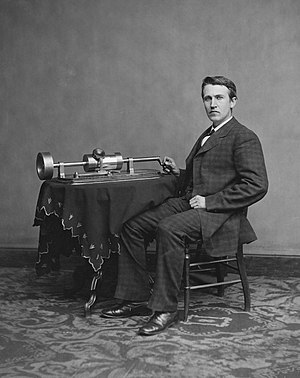 Thomas Edison with phonograph. Edison is considered one of the most prolific inventors in history, holding 1,093 U.S. patents in his name

Ideas are also called inventions. Writers can invent characters, and then invent a story about them.

Over time, humans have invented objects which make life easier for themselves. Because of this, a quote "necessity is the mother of invention", was written. The quote means that a lack of something should inspire someone to create something to fill that empty space. However, not all people believe that this is true. They think that too much of something can lead to an invention. Many inventions are just a variation of something that already exists.