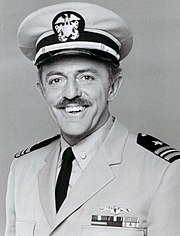 John Allen Astin (born on May 20, 1930 in Baltimore, Maryland) is an American movie actor, television actor, voice actor, radio actor and stage actor, who has since appeared most notably and prominently in many movies as well as in several well-known television shows, and is perhaps best known and remembered for his most prominent role as Gomez Addams in The Addams Family, Evil Roy Slade as well as other famous and prominent comedic characters. Astin also portrayed the second Riddler during over the second season of the 1966 Batman live-action TV series, who came in and replaced Frank Gorshin, the original Riddler from the first season of the show due to what was rumored as a dispute between the show's producers and Gorshin about money, when the producers quickly held fast and thus replaced Gorshin with Astin as The Riddler appearing in the 2-part episodes "Batman's Anniversary" and "A Riddling Controversy" which aired during over the second season of the show.

Astin was born on May 20, 1930 in Baltimore, Maryland.[1] He attended and studied at Washington & Jefferson College and at Johns Hopkins University. He was originally and mainly interested in becoming a poet.

Astin was originally married to Suzanne Hahn from 1956 until they divorced in 1972. He was then later on married for a second time to Patty Duke from 1972 to 1985. He has then been married for a third time to Valeri Ann Sandobal since then from 1985 to 1989. Astin had all in all 5 sons; 3 sons with Hahn (David, Allen and Tom), one son with Duke (Mackenzie) and one adopted son (Sean Astin).

Astin currently resides with his whole family in his birthplace and hometown in Baltimore, Maryland.

Help Improve This Page: Please contact us to become an approved KidzSearch editor and provide your credentials. Provide feedback on this article in our John Astin Forum