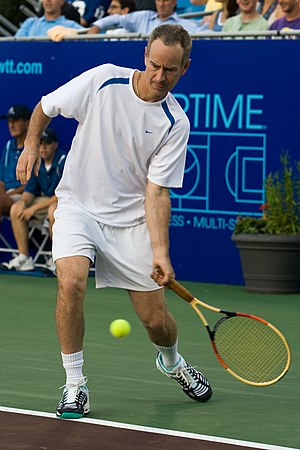 He grew up in Douglaston, Queens, New York City. He is thought of as one of the best tennis players of all time. He was once ranked number 1 in the world. He won three times at Wimbledon and four times at the U.S. Open. He is remembered for getting angry at the umpire very easily and his rivalries with players such Björn Borg.[2] He is probably also famous for his "You cannot be serious!" rant directed to an umpire in 1981 at Wimbledon.