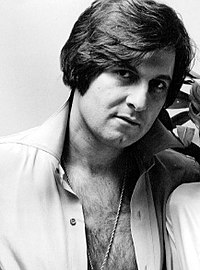 Joseph "Joe" Bologna (December 30, 1934 – August 13, 2017) was an American actor and television writer.[1] He was notable for roles in the comedy movies My Favorite Year and Transylvania 6-5000. From 1996 to 1998, he voice-acted the character Inspector Dan Turpin in several episodes of Superman: The Animated Series.

Bolgona won the Primetime Emmy Award for Outstanding Writing for a Variety Series in 1973 for his work on The Carol Burnett Show.

Bologna was born in Brooklyn, New York. He studied at Brown University. Bologna was married to Renée Taylor[2] from 1965 until his death in 2017. They had one child together.

Help Improve This Page: Please contact us to become an approved KidzSearch editor and provide your credentials. Provide feedback on this article in our Joseph Bologna Forum