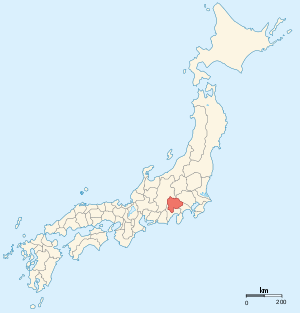 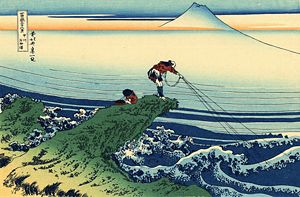 During the Sengoku period, the warlord Takeda Shingen ruled Kai from his stronghold at Kōfu. After the Takeda, the area was controlled by the Tokugawa clan.[1]

In the Meiji period, the provinces of Japan were converted into prefectures. The maps of Japan and Kai Province were reformed in the 1870s.[2]

The area was briefly re-named Kōfu Prefecture; and it was re-named Yamanashi Prefecture in 1871.[1]

Kai is west of Tokyo. The province is landlocked. It is in a mountainous region that includes Mount Fuji along its border with Shizuoka Prefecture.

Asama jinja was the chief Shinto shrine (ichinomiya) of Kai. [3]