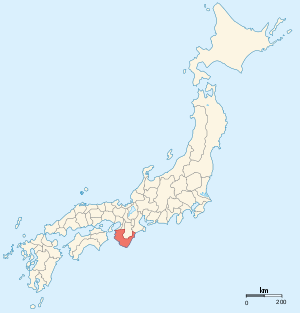 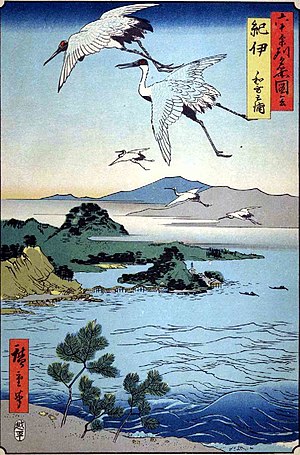 During the Edo period, the Kii branch of the Tokugawa clan[2] held the castle at Wakayama.

In the Meiji period, the provinces of Japan were converted into prefectures. The maps of Japan and Kii Province were reformed in the 1870s.[3]

Hinokuma-Kunikakasu jinjū was the chief Shinto shrine (ichinomiya) of Kii. [4]