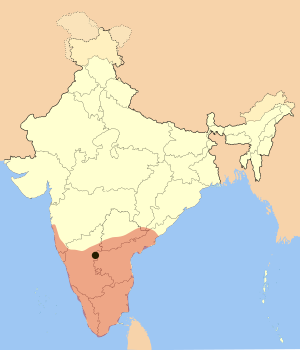 Sri Krishnadevaraya (Kannada: ಶ್ರೀ ಕೃಷ್ಣದೇವರಾಯ, Telugu: శ్రీకృష్ణదేవరాయలు, 1509-1529 CE) was the most famous king of Vijayanagara Empire. He ruled the Vijayangara empire at the most important time. He is considered to be one of the great kings of India. Emperor Krishnadevaraya also earned the titles Kannada Rajya Rama Ramana (ಕನ್ನಡರಾಜ್ಯರಮಾರಮಣ), Moorurayaraganda (ಮೂರುರಾಯರಗಂಡ) (what means King of three kings) and Andhra Bhoja (ఆంధ్రభోజ). Much of our information about his reign comes from the accounts of Portuguese travelers Domingos Paes and Nuniz.

Paes describes the king's attitude to law and order by the sentence, "The king maintains the law by killing." Offences against property (designed to maintain stability) and for murder ranged from cutting of a foot and hand for theft and beheading for murder (except for those occurring as a result of duel). Paes could not estimate the size of Vijaynagar as his view was obscured by the hills but estimated the city to be at least as large as Rome. Furthermore, he considered Vijaynagar to be "the best provided city in the world" with a population of not less than a half a million.

Paes praises Krishnadevaraya as, “the most feared and perfect King… a great ruler and a man of much justice”. 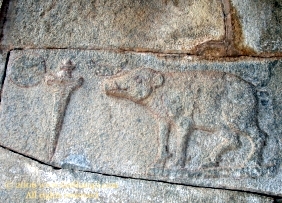