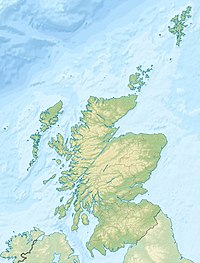 Lewis and Harris[1] in the Outer Hebrides make up the largest island in Scotland. This is the largest single island of the British Isles after Great Britain and Ireland.

The northern part of the island is called Lewis, the southern is Harris and both are frequently referred to as if they were separate islands. The boundary between Lewis and Harris is formed by a line with Loch Resort on the west and Loch Seaforth on the east. The main town is Stornoway in Lewis.

The island does not have a common name in either English or Scottish Gaelic and is referred to as 'Lewis and Harris'. Until 1975, Lewis belonged to the county of Ross and Cromarty and Harris to Inverness-shire. The entire island group now belongs to the Western Isles Council.[2]

The island is the ancestral homeland of the Highland Clan MacLeod, and the Clan Morrison.