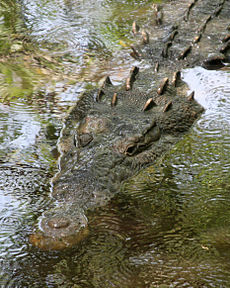 Living fossil refers to life forms which have survived with little change for a long time, and which are still around today.

Living fossils are not identical to their ancestors, of course. But they lived in the same or similar environments, and their adaptations suggest that their life-style was the same, or very similar.