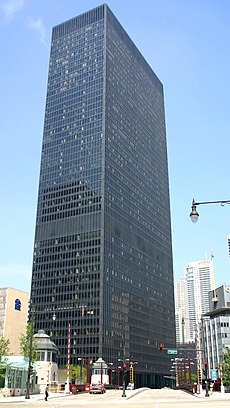 Ludwig Mies van der Rohe (born as Maria Ludwig Michael Mies; March 27, 1886, Aachen – August 19, 1969, Chicago) was a German-American architect.[1] He is commonly referred to, and was addressed, as Mies, his surname. Along with Le Corbusier, Alvar Aalto and Frank Lloyd Wright, he is widely regarded as one of the first masters of modern architecture.