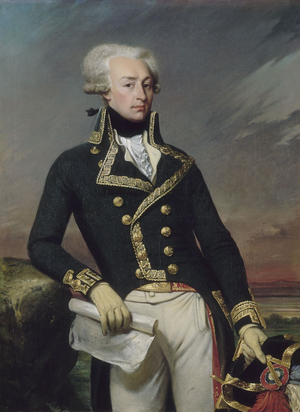 Gilbert du Motier, marquis de La Fayette (6 September 1757 – 20 May 1834) was a French artistocrat, politician and Liberal thinker. His name is also spelled Lafayette. He believed in Enlightenment, and played an important role both in the American War of Independence and the French Revolution. In 1789, he presented a draft of the Declaration of the Rights of Man and of the Citizen, which he had worked on with Thomas Jefferson who was an ambassador in Paris, at the time.