Mary Brewster (ca. 1569 - 17 April 1627) was a passenger on the Mayflower in 1620 when the ship sailed from England to the New World. She was probably born in England, but her exact birthdate, birthplace, and birth surname are not known with certainty. She married William Brewster about 1592, and bore him six children.

She lived in The Netherlands several years before emigrating to North America with her family. She survived her first harsh winter of 1620 in the New World, and was one of the four women still alive in 1621 to observe the first Thanksgiving. She died in Plymouth Colony in 1627. 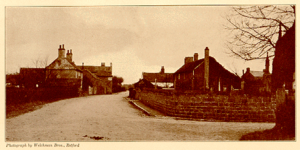 Mary was born in England about 1569, probably in Doncaster, Yorkshire or Scrooby, Nottinghamshire. Her maiden name is not known with certainty. Wentworth, Wyrall, Stubbe, Love and others have all been proposed, but none have been proven to be her surname.[1]

She married William Brewster about 1592. It is not known if she was Brewster's first or second wife.[1] She bore him six children: Jonathan, Patience, Fear, an unnamed child who died young, Love, and Wrestling.

Mary's husband was the leader of a Separatist congregation near Scrooby. The law required Englishmen to attend the Church of England, but these people secretly met in the Brewster home to worship in their own way.

The authorities persecuted them for their unconventional religious beliefs and for flouting the law. In 1608, Mary Brewster and her family went to Leiden, The Netherlands to escape the persecution and to practice their religion in peace.

Unhappy with life in Leiden, the Brewster family decided to emigrate to North America. Mary sailed on the Mayflower in 1620 with her husband and her two youngest children, Love and Wrestling. Son Jonathan arrived in Plymouth in November 1621, and daughters Patience and Fear in 1623.

Mary Brewster was one of only five women to survive the first winter in the New World, and one of only four women who were still alive for the first Thanksgiving in 1621. She died on 17 April 1627 at Plymouth.[2] Her resting place has not been found.