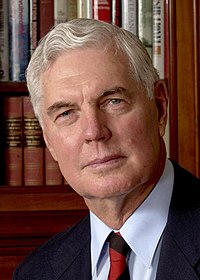 Major-General Philip Michael Jeffery (12 December 1937 – 18 December 2020) was the 24th Governor-General of Australia from 11 August 2003 until 5 September 2008. He was appointed by John Howard. Before this he was Governor of Western Australia. He quit the army in 1993 when he became Governor.

Jeffery was born in 1937 in Wiluna, Western Australia, and he was educated at Cannington, East Victoria Park State Schools, and Kent Street High School.[1] When he was 16 years old, he left Perth to go to the Royal Military College, which was Duntroon. After he graduated there in 1958, he went to Malaya in 1962 for a special service with the 2nd and 3rd Battalions of the Royal Australian Regiment.[1] In 1965, he was seconded to go to the British SASR (Special Air Service Regiment) for a tour in Borneo. Then he returned to Australia as the leader of the SASR in Perth. From 1966 to 1969, he worked in Papua New Guinea with the 1st Battalion. He married Marlena Kerr, who lived in Sydney during this work. After that, in 1972, he was chosen to go to the British Army Staff College at Camberley. Then he was chosen as the person to help with the 2nd Battalion in Wewak PNG. In 1976, he became the commander of the SASR and was appointed as the member of the order in Australia. He was also chosen to attend the Royal College of Defence Studies in London in 1985.[1]

From 1986, he became the commander of the Army's 1st Division. In June 1988, he even became the Officer of the Order of Australia for his services to the Army, and in 1989, he became the Assistant Chief of the General Staff.[1]

In January 1990 he became the Chief of the General Staff, and he was responsible for the Army. Later in 1991 he became appointed as the Assistant Chief of the General Staff for Material, which also included taking care of the Army equipment and building projects. On the first of November 1993, he was sworn in as the 27th governor of Western Australia, and he also became a Companion of the Order of Australia, until 2000.[1] General Jeffery's interests were about young people, education, environment, and national security. Also, the Queen made him the Prior for Australia, and a Knight of Justice of the Order.[1]

He and his wife Marlena had seven grandchildren, three sons, and a daughter.[1] His hobbies were listening to music, reading, golf, and fishing.[1]